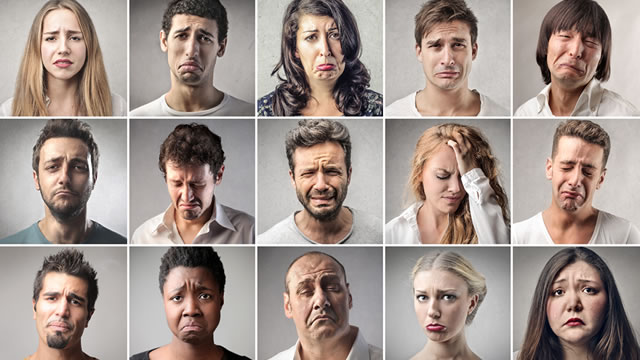 I’d like to tell you about a friend of mine who had a life-changing epiphany about stress while shopping at the grocery store.

At 5:30 p.m. on a Friday night, the store was packed with shoppers on their way home to start the weekend. As she headed for the checkout line, she was actually amazed she had made it through the entire trip without getting annoyed or offended by her fellow shoppers. . . but her bubble was destined to burst.

As she made her way through the narrow aisle, she accidently bumped another shopper’s cart. But when she apologized, the shopper snarled back at her, “You didn’t have to bump into me!”

Here is what happened next, in my friend’s own words:

“Thinking I was being calm, I stared the woman down and reminded her (tersely) that I had apologized! Of course, I wasn’t calm at all. The truth is, I was instantly infuriated with this stranger. . . until I remembered I had my 11-year-old-son with me. Suddenly I saw the example I was setting, and I was immediately aware that she wasn’t the problem. The real problem was my reaction to something I honestly didn’t need to take personally.”

Here’s what I’d like you to notice about my friend’s interaction: the stressor was there, but it didn’t really affect her until she reacted to it.

Then, a small miracle happened. She saw herself. She acknowledged that her reaction was a choice. And she decided, then and there, to make the choice to pause, calm down, and take full responsibility for her reaction, instead of blaming the other person.

You know, it’s just a matter of time before any of us find ourselves in this situation: someone around us is reacting, and we start reacting to their reaction.

So, here are some tips for dealing effectively with this all too familiar turn of events.

1. Give yourself a break. Turns out, if we’re not paying attention, we can (needlessly) take on other people’s stress.

I think we understand this intuitively, but finally, research has proven it: Seeing stressed out people increases our likelihood of feeling stressed out.

One group of researchers even found that 26 percent of people experienced elevated levels of the stress-hormone cortisol simply by observing someone who was stressed. This means that just being around stressed out people actually changes the chemistry in our own bodies!

This all explains why we can wind up in a room with someone who’s sad, only to find ourselves feeling sad, too (whether we know them or not). Or why we can stand around someone who’s angry or nervous or excited, and inexplicably feel the same emotion. (Ever say to someone: I have so much anxiety right now and I don’t even know why!??)

Knowing the science is comforting, but it doesn’t really help us avoid taking on the stress of others. So, what can you do the next time you find yourself in the company of stressed out people?

2. Acknowledge the reality around you.

Stressed-out people are literally EVERYWHERE, and since you can’t put yourself in a bubble, what in the world are you supposed to do about your own stress levels if you’re inadvertently taking on stress from everyone else?

When someone around you is feeling anger, grief, or anxiety, remind yourself that you’re only witnessing their emotions - you don’t need to take on their emotions so they become yours. Click To Tweet

Start by adopting the role of a neutral witness. When you recognize someone around you is feeling anger, grief, anxiety, or more, remind yourself that you’re witnessing their emotions. . . and that you don’t need to take on their emotions so they become your emotions. This does two things:

Here’s the deal. Your body is hardwired to react to external triggers. When someone runs into a room screaming that the house is on fire, you want your stress response to kick in to full gear so you can immediately remove yourself to safety.

That same stress response, however, reacts to the emotions of others that it finds threatening. Seeing the emotions as belonging to the other person, and not to you, helps your brain recalibrate and properly assess the situation so you can respond appropriately, without reacting.

Find the “right” habits so you can avoid the “wrong” actions.

When my friend got frustrated with the angry shopper, she immediately understood that the real problem was her own reactivity to the other shopper’s reaction. She admitted, “If I had taken just one deep breath before responding, the lady would have been gone before I could have ever uttered anything back to her.”

Compassion would have also “informed” my friend that it was 5:30 p.m., so it was highly possible that the angry shopper was really just an overly tired and hungry shopper who was trying to make the slog home for dinner. Instead of neutrally witnessing the shopper’s comments, my friend absorbed the shopper’s reactive energy and in return, she wound up mirroring the same negative behavior. Why did this happen? She was reacting out of her natural stress response of fight or flight, rather than waiting to calm down, having compassion for the other person, and giving herself permission to NOT respond at all.

Breath + compassion + waiting to respond (or not) = a better way to deal with stress.

The next time you feel your stress ramping up as a result of someone else’s emotions, be sure to ask yourself the following questions before determining how to respond:

I unpack more of this topic in my podcast, Why You Need to Stop Managing Stress. If you’d like a transcript, I encourage you to head over to the Free Members Resource Library and download it now.