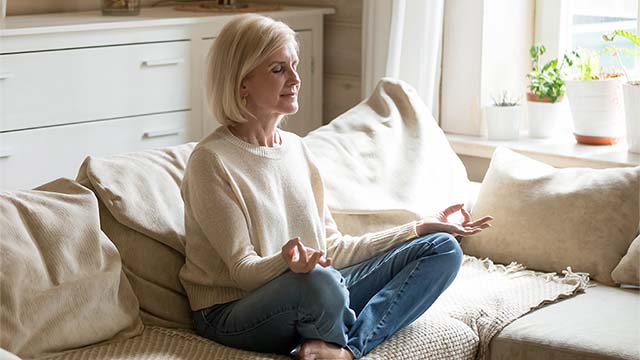 The Benefits (and Potential Pitfalls) of Mindfulness

Is mindfulness really all it’s cracked up to be?

Maybe you’ve seen the headlines claiming the term is overused, or the concept stretched too thin, or even that mindful meditation can be detrimental to your mental health.

Studies show that when people commit to mindfulness, some amazing changes start to happen, both neurologically and physically. Click To Tweet

While each of these claims holds a grain of truth, the bottom line is that mindfulness is powerful, and this isn’t just my opinion – it’s fully backed by research. Studies show that when people commit to mindfulness, some amazing changes start to happen, both neurologically and physically. But for some people there can be pitfalls.

If you’re new to mindfulness, it’s worth noting that a mindfulness practice can include meditation, but it doesn’t have to. For example, my simple practice of posture, breath and mind is based on mindfulness but doesn’t require the dedicated time and space that meditation does.

To start, here’s what studies show happens after an 8-week period of mindfulness practice:

In short, the survival brain’s influence is reduced in favor of the evolved part of our brain, resulting in a positive impact on the body.

In advanced meditators (defined by over 40,000 hours achieved), scientists found that when their brains were scanned in a normal state, the scans resembled the average person’s brain while meditating. This suggests a cumulative, lasting effect.

The American Psychological Association defines mindfulness as “a moment-to-moment awareness of one’s experience without judgment.” Based on research, they promote its benefits as the following:

The list of beneficial outcomes is clear, but are there risks?

A study conducted by Miguel Farias at Coventry University in the UK found that, while the overwhelming majority of people who practice mindfulness find it very helpful, psychologically and physically, about 8% experience an increase in anxiety or other unwanted negative effect. While the causes are unclear, other research suggests that many of these meditators may be pressuring themselves to achieve unrealistic objectives, such as a bliss state where nothing bothers them.

Some proponents of mindfulness, like Psychologist Jason Linder, caution us against seeing mindfulness as a cure-all, or applying it in a watered-down fashion. Linder is also concerned that we, in our Western individual-driven consumerist society, have misappropriated the concept from more collective-centered Asian cultures. This can play out, for example, as a kindness/compassion practice turned inward that becomes egocentrism, which just makes an individual’s suffering worse.

In the study of consciousness and self-awareness, researchers discovered what came to be known as the “self-absorption paradox,” that results when self-reflection leads to both psychological distress and well-being – baffling, until the difference between rumination and reflection was considered, and how easily the two can be conflated.

While rumination, or obsessively thinking about a past situation, can lead to self-absorption with heightened anxiety and depression, reflection increases self-knowledge. Recent studies have even revealed the key variable that may shape whether one will veer towards rumination or reflection.   That variable is the need for absolute truth, or certainty.

Without certainty, our Stone Age brains are hardwired to prepare for the worst-case scenario as a means to keep us alive – a survival tactic that proves far less effective in today’s modern age. Rumination feeds this impulse. It keeps us fixated on ourselves and imagining all kinds of worst-case scenarios. Self-reflection allows us to gain some objectivity and be better able to see this impulse in ourselves, accept that the future is uncertain, and recognize that things often don’t turn out in the way we expect.

For those with trauma so deep that they just can’t press “Pause” on the stories looping through their heads, it may be that mindfulness isn’t the answer, at least not as a first step. If you try meditation and find it encourages rumination rather than reflection and acceptance, you may want to consider if it is right for you. Personally, I find having meditation as part of my mindfulness practice crucial to staying grounded and connected to inner peace.

I’ve created a short meditation you can use whenever you need a quick, mental and emotional reset. To listen or download, click here. If meditation sounds like a practice you’re interested in trying, I’d suggest committing to it once a day for the next week. Start small. Don’t sabotage yourself by setting unrealistic goals. Try 10 minutes at first, or even 5. Take a minute of that time at the beginning and the end to compare how you feel before you start with how you feel after. See if you notice that you’re a little less reactive, more self-aware and feel less stressed.

This website uses cookies so that we can provide you with the best user experience possible. Cookie information is stored in your browser and performs functions such as recognising you when you return to our website and helping our team to understand which sections of the website you find most interesting and useful.

Strictly Necessary Cookie should be enabled at all times so that we can save your preferences for cookie settings.

If you disable this cookie, we will not be able to save your preferences. This means that every time you visit this website you will need to enable or disable cookies again.